An Alert to the P C Users All Over The World. How To Protect Yourself From Monday’s Malware Threats

Posted in Internet, and Technology/Software

An Alert to the P C Users All Over The World. How To Protect Yourself From Monday’s Malware Threats

A GREAT ALERT!!!
TO THE COMPUTER USERS
AROUND THE WORLD!!!
YOUR COMPUTER MAY BE IN DANGER!!!
Watch OUT ON MONDAY THE 9TH
HOW TO PROTECT YOURSELF
FROM THIS THREAT?read THE FOLLOWING POSTS.

BOSTON (Reuters) – About a quarter-million computer users around the world are at risk of losing Internet access on Monday because of malicious software at the heart of a hacking scam that U.S. authorities shut down last November.
Some blogs and news reports hyped the risk of an outage, warning of a potential “blackout” and describing the Alureon malware as the “Internet Doomsday” virus. 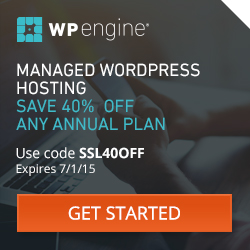 Yet experts said only a tiny fraction of computer users were at risk, and Internet providers would be on call to quickly restore service. They said they considered the threat to be small compared with more-prevalent viruses such as Zeus and SpyEye, which infect millions of PCs and are used to commit financial fraud. Read More @ in.financeYahooStory

How To Protect Yourself
From Monday’s Malware Threats
Addressing The Internet Malware Threats This Monday — Exactly What To Do?
click here to read more:

Got A Blog? Maximize Your Ad Revenue