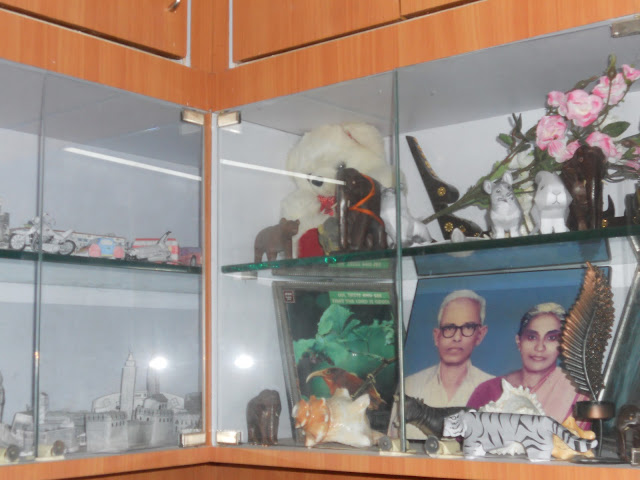 My mother Saramma Verghese (85 years) Promoted to Glory on July 8th, 2008.  I am so glad to present a brief memoir of my father and mother on this day called Father’s day.

Years passed by…  Pleasant Memories of My parents are Still Lingering In Our Minds………..

Some of the prominent evangelists at that time in the brethren movement M/s. K V Simon, Lonappen Upadesi, Peter Upadesi, K. G. Kurian, E P Varghese, C T Mathai, A P Paily, Vattakattu Varkey Upadesi and a few other’s through their inspirational messages and classes strengthened them to be firm in their faith.

Though they faced many problems from their family members, whenever these brethren conduct gospel meetings and Bible classes in nearby places, they made it a point to attend those gatherings.

A few more Christians joined the faith and started a small gathering at Pothanicade near Parambencherry.

My loving parents are remembered on this day called Father's Day. via #pvriel Click To Tweet
My mother’s brothers were dead against her faith (later years they all accepted Christ as their personal Savior) and they were not willing to take care of their parents so she decided to stay unmarried to look after the parents.
Meanwhile, her younger sister got married. The years went by and the parents were getting old. After their death, Saramma’s life and safety became a question, so they convinced her to get married.
A few years passed by and their firm faith in the Lord and the exemplary life they led in the Lord enabled her other family members too to come into the faith. Some of their children are in the service of the Lord.

The Lord was faithful to His daughter and gave her a partner who was a believer. Mr. P T Varghese from Kota, Chengannur, who was a God-fearing, humble, loving, and well-disciplined person.

Evangelist K P Stephen of Thiruvankulam and his wife (she can be seen in the above picture in white dress holding a bag) took initiative in this matter and they were united in holy matrimony.

At that time my father was working as a pattern maker in the carpentry section of the erstwhile Pampa River Sugar Factory – Now Travancore Sugars and Chemicals Ltd-.

My mother was an ideal wife to my father and a loving mother to all of us and an excellent homemaker like the woman in Proverb 31.

She was a mature woman, devoted wife, mother, honorable, humble, unselfish, and kind.  She was a caring and loving mother not only to us but also to the neighbors, especially to the fellow believers.

My mother was so keen to share whatever we had with others especially with those in the Lord’s service.

In spite of our tight financial budget, she always set apart her mite for this purpose and she made this as a practice until her death.

Those days running a family of nine members was a great task. With my father’s meager salary it was difficult to make both ends meet. On my mother’s initiative, father bought a cow and started selling milk and manure to the neighboring people and earned a small income from that.

At that time we were staying in the company’s staff quarters. There was a high demand for our milk as it was not diluted.

My mother was so strict that she never diluted the milk with water for sale.

Apart from this, my father used to work in the evening hours after his eight hours of duty at the factory.

He made different types of wooden furniture with good quality wood. This too was in high demand because of carpentry skills and reasonable prices.

Through their dedicated life, all the children got educated and are settled in different parts of the world. By the grace of God, all are in the Christian faith.
Along with my father, she was an instrument in bringing them up in the fear of the Lord.
They continued steadfastly in the faith till their departure from this earth.
My parents set a good example for us to follow. We, their children are very happy to follow in their footprints.
Though, my mother was a silent doer of the Word of God we are sure that her reward in heaven will be much greater.
We thank God for being the children of these loving parents.
We are seven children, five brothers and two sisters – Rosamma John Secunderabad, P V Thomas Bangalore, Ammini Daniel Bangalore, P. T. John  Chennai, Philip Verghese Secunderabad, Paul Varghese Pulikeezhu, Shaji Varghese Palghat.
Sons and Daughters-in-law: Late John Philip Secunderabad, Glory Thomas Bangalore, M. V. Daniel Bangalore, Sally John Chennai, Annamma Philip Secunderabad, Nessy Paul Pulikeezhu, Annie Shaji Palghat.
(Note:  For the early history of my parents I am indebted to my mother’s sister Mariamma’s elder son Joykutty Chacko, an evangelist and Ex.OM now in Kothamangalam, Kerala)
This post first appeared on the pages of Philipscom’s ‘Google Knol and Blogger pages.
Last updated on Published on Jun 16, 2019,

1.  Are One word or one line.
2.  Are abusive, intimidating, threatening or inflammatory
3.  Make offensive generalizations
4.  Ramble without a point
5.  Use offensive or insensitive language
6.  typed all in CAPITAL Letters.
7.  typed in a language other than English
8.  Are irrelevant to the post in question
9.  Contain self-promotional materials or links
10.  Give unnecessary, advice to Philipscom
Philipscom also reserves the right to edit comments or to remove material that does not conform to our comment policy.
If time permits please do visit this post related to blogcomments.