Do Plants Have Sensitivity? A Pumpkin Mourned a Death and Similar Other Incidents

An Open Blog to Share Your Views and Suggestions

This knol (post) is about some unbelievable incidents happened a few years back. This is also a call for an open discussion on this subject.  Do plants have feelings? I believe that the community of knol writers here can bring in some solution or answer these questions.

Here below I am giving an incident happened in my life a few years back and still, the vivid memory is haunting in my mind.

This is an open platform to air your views on this issue. 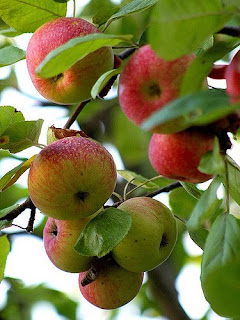 A few years back when I published this incident on a local daily and many responded to it but I could not find a solid explanation for this incident.
One of the readers’ response was more surprising. A similar chain of incidents happened in his life that too, is given below.
Reading together these incidents I hope and believe that our scientific community can bring in some answer to it.
Is it a mere coincidence happened at that time?
Or any scientific theory involved in it?
Will someone from the scientific community have an answer to such incidents?
I hereby invite my fellow writers as well as the reader to share or contribute your experience as a co-author to this post.

A Pumpkin Mourned a death.

The mother of a friend of mine, (lovingly I call her ‘Chittamma’ (Malayalam) —mother’s younger sister) had planted a pumpkin creeper near their ancestral house compound at Valanjavattom near Thiruvalla (Kerala) that had a portion with a thatched roof. Apart from this creeper many other plants and trees were growing in the same compound. Chittamma is the one who lovingly takes care of these plants and other small trees in the compound.
Every time, especially when the annual vacation or other holidays come, we all gather together and play football and other games in their vast compound.
In one such occasions, I used to noticed her special care and love towards the plants and trees growing in the compound.
The pumpkin mourned a death and other stories via pvariel Click To Tweet
A pumpkin creeper had spread all over the roofing and it has fairly a big pumpkin most ripened.
Her husband suggested many times to her to cut it down for use, but she, for no apparent reason, always avoided it and used to change the topic by saying that there was no hurry and that it would be taken down when some special occasion arose. She thus allowed it to remain where it was and since the family was not interested in cutting it down they almost forgot about it. 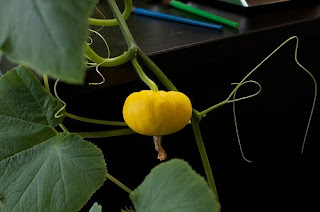 Days passed by Chittamma fell sick and died.
It so happened that while we were all assembled near her death-bed-sad and morose-that pumpkin, in full view of her, broke itself off the creeper and rolled down from the thatched roof on to the ground.
The fall almost to the minute coincided with her death.
Later, this pumpkin was used for her own post-death ceremonies on the suggestion of my friend’s father who felt that probably the pumpkin was being kept her for this very special occasion.
Chittamma’s death and the coincided death of the pumpkin still remain as a mystery to me.

These incidents happened a few years back to one of my friends.
Let me put it in his own words:
“We were living in the village in Bhagalpur district of Bihar State. My father, grandfather, and uncle planted a mango sapling, a guava sapling, and an apple sapling respectively in our family courtyard.
Other trees and plants were also growing in the same compound.
They have given all necessary care to grow these plants; my mother also actively helped them in watering these plants. It grows well and started giving fruits.
A few years later my grandfather went to Varanasi in connection with our family business.
In the year 1957, he expired at Varanasi, the same week the guava plant he planted in the village dried up.
This is not an isolated incident. In the year 1960, my father also went to Varanasi.
The day he departed the village in Bihar the mango tree he planted started withering and in few days time, it completely got dried up.
A few years later my uncle also died at Varanasi, and the apple plant he planted in the village also died in the same week”.
These incidents may be amazing and unbelievable one to many of you.
But there is no doubt some mystery behind the death of these plants and trees.
And without doubt, we can come to a conclusion that trees are an integral part of human life!
Let us not allow them to die! Let us preserve them!
This type of strange reactions of plants and trees need a little rethinking... via pvariel Click To Tweet
Maybe they are also capable of sorrow and happiness.
Sometimes science may not recognize this as facts.
There are many references in literature that plants too have feelings.
But this is not convincing as poets and writers have a world of their own, where birds and animals’ talk and smile and love each other.
The incident which I witnessed may not be enough for a scientific theory.
But I firmly believe that many such instances and their statistical analysis might yield some positive results.
At the same time, it is more difficult to arrive at a scientific conclusion if our observations are added with emotions and presumptions are drawn with a biased mind.
It would not be out of place to say that plants are at a very low level of consciousness when compared to animals.
Pain, pleasure, longing, love, hatred, kindness, contentment and sympathy are the feelings of higher forms of life.
Association of higher feelings with a lower level of consciousness sometimes may not appear convincing.
Anyways, I invite my readers to share your views on this subject.
I appreciate your valuable time here.
Keep sharing your views, thoughts etc if any in relation to this subject.
Let us have an open discussion!
With Best Regards
For Philipscom Associates
END NOTE
First published on the pages of Malayala Manorama Daily;
Deepika Daily;
Indian Express;
Deccan Chronicle;
The Week;
The Sunday Indian;
Outlook;
India Today.
Associated Content,
Google’s Knol etc.
Related links: Subash Chandra Bose
Bose proved by experimentation that both animals and plants share much in common.
He demonstrated that plants are also sensitive to heat, cold, light, noise and various other external stimuli…
To Read more from the life of S C Bose please click on this link. famous scientists

Beware of these Plants!

1.  Are One word or one line.
2.  Are abusive, intimidating, threatening or inflammatory
3.  Make offensive generalizations
4.  Ramble without a point
5.  Use offensive or insensitive language
6.  typed all in CAPITAL Letters.
7.  typed in a language other than English
8.  Are irrelevant to the post in question
9.  Contain self-promotional materials or links
10.  Give unnecessary, advice to Philipscom
Philipscom also reserves the right to edit comments or to remove material that does not conform to our comment policy.
If time permits please do visit this post related toblogcomments.