Posted in Current Affairs, and General

The long wait for 28 years ended on 2nd April 2011. Team India made a remarkable victory by winning a score of 277/4 beating Sri Lanka against their 274/6.
Though the early 3 wickets fall of Indian team made chilling waves among the team members, Dhoni’s and Gambhir’s tricks bestowed a magic touch to the stumbling team.
Dhoni’s die-hard attitude, mental toughness and the firm decision to stand on as a finisher lead him and his teammates to the victory pavilion. And of course he proved his metal as winning skipper, and made records in the annals of the World Cup Cricket.
This victory of India created few more new histories in the world of cricket.
Becoming the First Host Country to Win A World Cup. And the Highest-Ever Run Chase In the Final Of Any World Cup. And no team had ever won after a player in the opposite team had hit a century in a final match.
Here are some of the snippets, from the breath-taking moments of victory celebration’s moments–in words, pictures and in videos from around the world.
Reactions from Some of the prominent sports personalities:

Ian Botham world’s greatest all-round cricketer from England
India has worked very hard to win this Cup for so many years.  The fans have been waiting longer than the players.  In the end, their patience has got just reward.  Congratulations Team India.  Enjoy, celebrate.”
Pullela Gopichand, India’s Chief Badminton Coach: 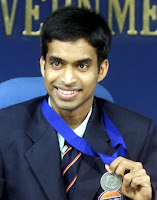 “Congrats Team India. It’s an amazing victory.  The 1983 victory took cricket to next level and no need to say what today’s victory will do.  We know we have a great team and they have delivered when it mattered most.  The team has shown a lot of character and Sachin has been fantastic through out.”
Saina Nehwal, ACE Shuttler 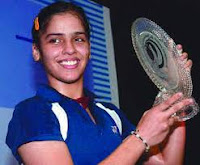 What a fantastic win.  I enjoyed every moment of the great match and I wholeheartedly congratulate the team.  Being a big fan of Sachin Tendulkar I am quite happy for him.  The team has won it for him.  For all the service he rendered for the country he deserves this great victory.  I would be sending congratulatory message to him and a few of the team members.
Venkatapathi Raju, Former Indian Player and selector

This is simply stunning.  Having been part of the Indian team that didn’t go all the way in 1996 this is the tremendous achievement for all Indians.  The loss of two quick wickets set us back but Gambhir was outstanding and eased the nerves in the dressing room.  Then Dhoni was brilliant.  It was a brilliant finish for Sachin too, winning the World Cup at home.
Ravi Shastri former Indian cricketer and captain 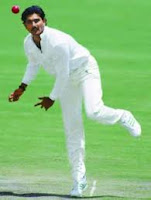 It’s an example which would not be lost on young India.  Individual brilliance must now converge for collective goals.  This will will cut across the barriers of region, religion, caste, language.  Everyone shares this common glory; everyone has understood the value of selfless hard work.  This will strengthen India’s belief in themselves.
Mahela Jayawardene Sri Lankan Cricketer and former captain 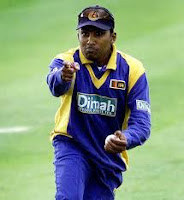 I am now able to confirm that losing a World Cup final does not get any easier the second time around.  We badly wanted to win this time after being runners-up to Australia in 2007, so losing to India on Saturday night really was heart-wrenching for all of us.
Sanjay Manjrekar Former Indian cricketer 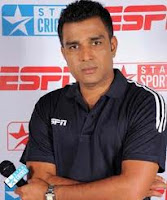 This Indian team just did what Sachin Tendulkar has done all his cricketing life, fulfill high expectations.  Because of that, I would like to believe that this the greatest triumph in Indian cricket.
Venkatesh Prasad, Former Indian cricketer

What an incredible end to an incredible World Cup!  Tournaments seldom get finals of this kind, and till about the 45th over of the chase, when the batting PowerPlay kicked in, no one knew whether it would be Kumar Sangakkara or MS Dhoni walking away with the trophy.  But the combined effrt of the Indians was just too much for Sri Lanka.
Dilip Vengsarka, Former Indian cricketer 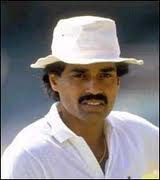 Had somebody told me that the appointment of MS Dhoni as captain of the Indian team four years ago would make the team numero uno in all formats of the game four years hence, to be honest, I wouldn’t have taken the comments seriously.  However, now when one looks back, it gives me immense pleasure to see the Dhoni going places not only as an outstanding captain but also as a player of top quality.  To add to it, he’s such a lovely human being too. Like Sachin, Dhoni is level headed, humble and a great ambassador for Indian cricket.
Arun Lal, Former Indian Cricketer and a Commentator

Cometh the hour cometh the men.  This achievement typifies the fearlessness of young India and will surely inspire us, in all walks of live.  I salute this fantastic team effort and Dhoni’s leadership has been special.  His lack of runs never affected his leadership or his belief.  Three down and he stepped up and seized the moment.  Here is a prime example of self belief and scripting your own destiny.
Viv Richards, former west indies skipper

Cricket has spread across the length and breadth of this country, and the benefits of this popularity are here to see.  The World Cup win will reemphasize this popularity and ensure that cricket remains the all-consuming passion that it has been in this part of the world.
VVS Laxman, Team India Test Player. 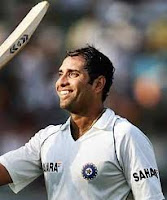 It’s an amazing win.  I was certain that this team had the potential to go all the way.  It’s a very talented outfit and there was never any doubt about the result.  The partnership between Gautam and Virat was crucial and then Dhoni came up with a captain’s knock; handled responsibility brilliantly.  I’m trying to explain the significances of this win to my son.  It’s exciting and emotional.
Mukesh Kumar, Hockey Olympian 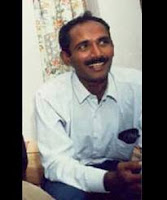 Today its Dhoni, Dhoni and Dhoni.  He once again showed what an amazing leader of men he is.  He’s the greatest captain India has ever had.  Though he did not have enough support from the bowling, Dhoni through his leadership brought the team to the finals and almost single-handedly won the final for the country.
Watch these Breath taking/ Rejoicing Moments of Celebrations
(videos) from around the world

A Celebration Video from Mumbai

Celebrations at Mumbai a video by NDTV/YouTube

A Video from Ontario Canada

A Celebration Clip From New Delhi

A Celebration Clip From London

A Celebration Clip From New Jersey USA
END NOTE:
No doubt this World Cup victory will remain extolled in the history of the cricket world, and a cherishing one for the present generation.
Congratulations to the Team India for fulfilling the dreams of millions of Indians by winning this prestigious cup for India after 28 years.
Here comes our heartfelt cheerful Good Wishes to Team India- And best wishes for your future endeavors.
As our First Prime Minister Jawaharlal Nehru said: “Yes Miles To Go before I …”
Go, Go, and Go on…
All The Best.
Philips And Associates.

A Freelance writer from Secunderabad India